It is that time of year where a lot of the competition results are announced for different spirit awards. Broken Heart Spirits enters these competitions to gauge where we are sitting in terms of international and national standards. We are always very humbled with the awards we achieve and do not take any of them for granted. So often spirits are entered into competitions and do not come out with a medal but we are pleased to say that 99% of the time this is not the case for Broken Heart.

This year saw an increase in the number of categories from seven to 15; with whisky and gin expanding to reflect the complexities within the categories. The number of entries from gin alone increased from 145 last year to 235, and of those, 185 were locally produced, according to organisers.

Only twenty-three Double Gold medals and 44 Gold medals were awarded to stand-out entries so to be part of this prestigious group of spirits we are absolutely over the moon.

Just looking at the number of entries it is clear to see the market is becoming more competitive as new and smaller distilleries are coming onboard. So for Broken Heart, who have been established for 10 years, it is good to know we are still doing everything right!!

Finally we also had a scoop of awards at the Tokyo Whisky and Spirits Competition with our Navy Strength Gin winning a Gold Medal and our Original Gin winning a Silver Medal. From an international perspective this is a significant result and one we are super proud of. 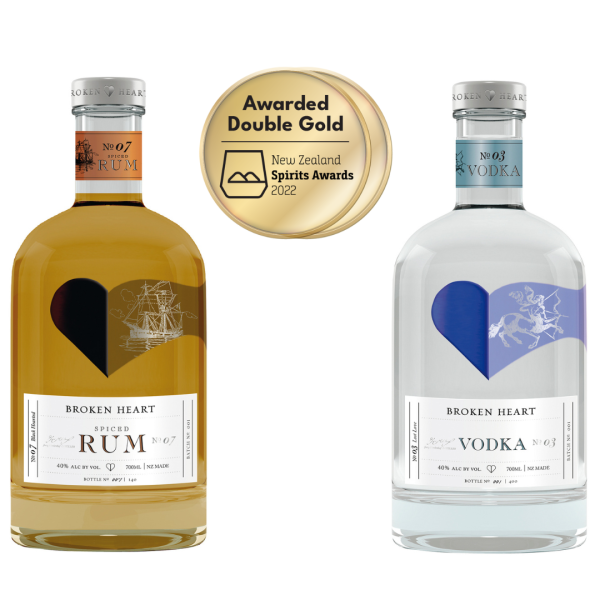